Can Apple do to the television market what it did to music and movies? As rumors about Apple's widely expected move into the murky TV market continue to swirl, it's a logical question to ask. It's also logical to ask why Apple is getting into the space in the first place. The answer is simple: Apple can't afford not to. As the evolution of online distribution and consumption continues to break down traditional barriers between conventional media, companies looking to plant a stake in the ground here can't afford to pick and choose which media they will or will not cover. The era of the pure-play music distributor, for example, is over thanks to seamless, Internet and mobile-driven convergence. The pop radio star of yesterday long since evolved into a video-recording, television-appearing, Internet-tweeting multi-platform entity. Consumers, in turn, now experience these properties via whatever medium makes the most sense at any given moment. The companies that control this process must adapt to this reality, and Apple, which aims to lead them all with a common platform that serves up a full palette of entertainment-related content, can hardly afford to not be a player in any given medium. If it doesn't make a move to control how we consume televised content, someone else will. Against that backdrop, Apple's efforts to-date have been less than spectacular. Its Apple TV product has been available since 2006 and redirects downloaded and streamed content to a conventional television set. 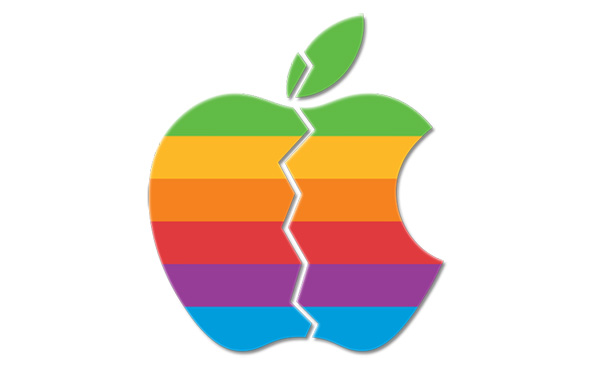 Apple co-founder Steve Jobs once called the product a "hobby", but before dying in October reportedly told his biographer, Walter Isaacson, he had finally figured out the secret to next-generation television. "I'd like to create an integrated television set that is completely easy to use. "It would be seamlessly synced with all of your devices and with iCloud," Jobs told Isaacson. "It will have the simplest user interface you could imagine. "I, finally, cracked it." He may have cracked it long ago, with the first iteration of the iTunes Music Store, as the basic ingredients for turning formerly complex consumption processes into seamless ones were all there. Before iTunes, the process of purchasing, downloading, managing and interacting with music was best left to the geek set. Combining feature-limited, cleanly-interfaced devices, iPods, with similarly seamless software and online retail capability made for an end-to-end process that anyone could take advantage of. The recipe made the iPod a mainstream success story, and iTunes the standard for simple, effective, online fulfillment. Subsequent extensions into movies and apps further validated the model. Sales of television episodes have opened the door for Apple into an even broader range of coverage, but it's a big leap from selling individual shows to controlling the end-to-end process. Lessons learned as it built its iTunes brand into a global powerhouse of content distribution could certainly be applied here. There are gotchas in the television business Apple couldn't have dreamed of when it was first entering music and movies, peculiarities to the TV industry that could make this next expansion the most delicate in the company's history.
Email ThisBlogThis!Share to TwitterShare to FacebookShare to Pinterest